Our World | We love

This St. George’s Day will be very different, so we wanted to call our reference booksellers and ask them for some recommendations of books they have on their shelves, which we will explain below.

Ignasi, from the Aqualata bookshop in Igualada, which currently has a closed bookshop, but you can place your order online and they will process it when they reopen, or through the Llibreries Obertes initiative of which they are part. We recommend the following titles:

With textures to touch, feel and explore, this book with cut-out shapes and vivid colors will attract the curiosity of the little ones.

A funny and crazy story about the importance of being yourself. Who could have imagined that a girl as small as Mary could be a terrible dragon? His mother certainly didn’t. Nor his father. Not even Grandma Grandpa had any suspicions. Maria will manage to revolutionize the whole family with her fantastic games of knights, dragons and princesses.

Nico and Grandpa Roderic go fishing together, share reading moments, talk about art, ride bikes and do math homework. All this when they don’t run away from a bunch of piranhas, of course!

With grandparents, we learn, have fun, get excited, and pass on affections and accomplices from generation to generation. A look full of humor and tenderness about the relationship between grandchildren and grandparents.

Myrtle is very clear about what she wants and always finds a way to get it. Now what he wants is a DALLONSES… But what must that be? Nobody knows! The only thing his parents know is that the DALLONSES appears in the mysterious Monstrepedia… Will they find him outside the pages of the book as well?

Here is the story of a girl with a bone heart…

Sometimes, when someone dies, their spirit goes to find a place to hide. There are people who have space inside the body to accommodate these wandering spirits. At the age of twelve, the young Makepeace has learned to defend herself from ghosts trying to possess her at night, desperate to find refuge. Until one day a terrible fact makes him lower his guard… And now he has a spirit inside.

Isabel, from the Llegim Bookshop…? in Igualada, which currently has a closed bookshop, but you can order them via email or online through the Llibreries Obertes platform of which they are part. We recommend these titles:

It can happen to anyone, but one day he came out of his lair and someone did that to his head… Who could it be? A dove, a horse, a hare?

If you’re looking for an immortal boring dragon encyclopedia, this is not the book for you. What it contains is a practical guide for future dragon trainers or hunters, full of useful information to help you recognize every possible type of dragon that has lived, and learn all about its hiding places, its habits, what they like, food and how to take care of these formidable creatures!

La Baba is an owl in charge of the night and protecting all the children in the world while they sleep. But there is a problem, many of these children do not want to go to sleep and all of them for very different reasons. And that also wears out their moms and dads. The Baba will tell us an infallible secret to achieve a sweet and serene sleep through the breathing and consciousness of one’s own body.

The orality, the musicality and the sonority of the verses are in the foundations of the poetics of Miquel Desclot. Oh, Eloi? is one of his most ingenious and stimulating works, for both children and adults. Proverbs, riddles, songs and short games that drink from the tradition and playful meaning of the verse are intermingled with more extensive compositions that refer to classical and contemporary authors such as Robert Louis Stevenson, Jacques Prévert, Gianni Rodari or the limericks of Edward Lear , among others, with which the author -a renovator of Catalan poetry- builds bridges to other European literary systems.

When you have it all, it’s hard to survive without anything. Abel is a very lucky little mouse: he lives in a civilized environment and with all the comforts, and he is happy with his beloved Amanda. One day, a huge storm surprises them while they are on a picnic. A hurricane-force wind carried him away and dragged him to an unknown place. A remote island. A giant place full of dangers where you will have to build boats, cross rivers, climb trees and look for food to survive. So he discovered birch bark and dandelion stalks, his new favorite foods. Abel is far from the world he knows, in a hostile place, where he has to survive alone, and only dreams of returning home with his Amanda. But this rodent Robinson Crusoe will soon discover the wonderful secrets of the island, and of life. An exciting, poetic and tremendously fun journey. One of the masterpieces of universal children’s literature.

Elisabet, from the Cal Rabell bookshop in Igualada, which is open these days because they also have newspapers, recommends these titles:

Based on the eponymous song by Roba Estesa, which wants to talk to children and not so little about values ​​such as diversity, respect and tenderness, and which is based on the idea that the world can be better if each of us puts its grain of sand.

Alex has found a dragon in the basement of his house and doesn’t know what to do with it. What do dragons eat? Should I take a bath? What if you set fire to your teeth? As he is very clever, he has asked all these questions to the right people and has received 5 letters with all the explanations. But is a “normal” size house really a good place to have a dragon?

Max had been weird since he had his sister, he didn’t know what was wrong with him, and he was often angry with his parents. But her mother also felt confused, that having two children was new to her. With each passing day, the situation became more complicated, but then, PUM, an elf appeared, with hat and briefcase, who introduced himself to the family as Mr. Malestar and helped them spot what was happening to them and how to reconnect.

In a lush and full of life forest, the hawthorn hedgehog prevents a swallow from making its nest there. Faced with the unfair situation, all the inhabitants of the place will peacefully try to change their attitude. Jordi Cuixart presents an illustrious album on freedom of expression and the right to protest for children and not so children.

Lluïsa is a reader with so much curiosity that she hires Little Red Riding Hood to meet the protagonists of her favorite stories. They both embark on a journey, in which they meet a Rat without a ladder, a Cinderella with very big feet or a Gretel and a Hansel fighting like good brothers. The adventure is also joined by La Campaneta, an activist fairy who fights for the rights of her group. And, most importantly, all the way there are no witches, because witches do not exist. 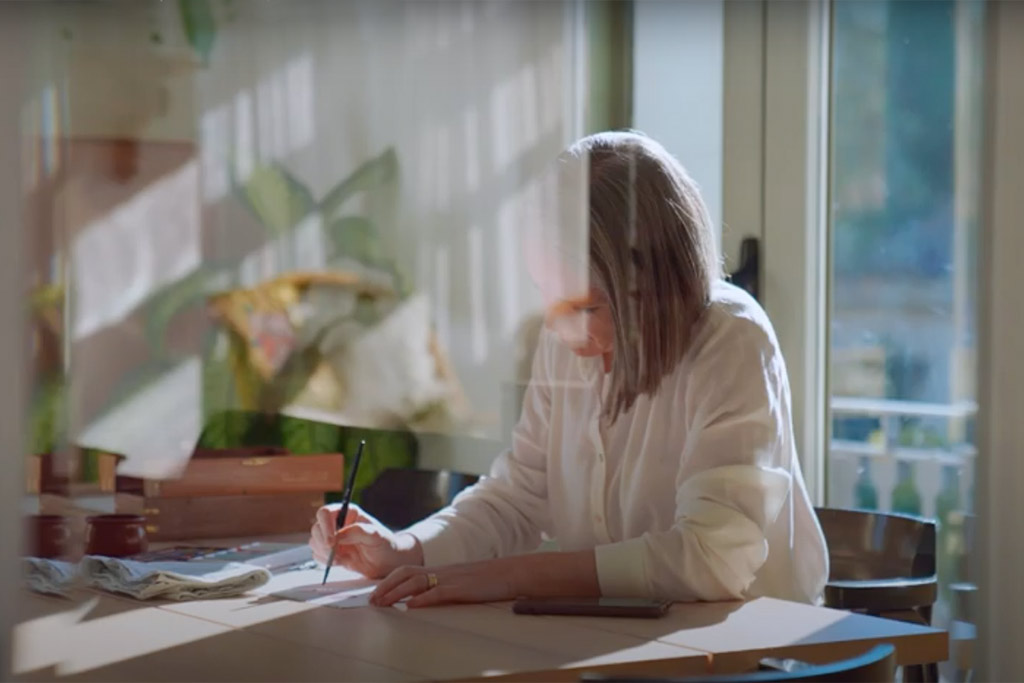 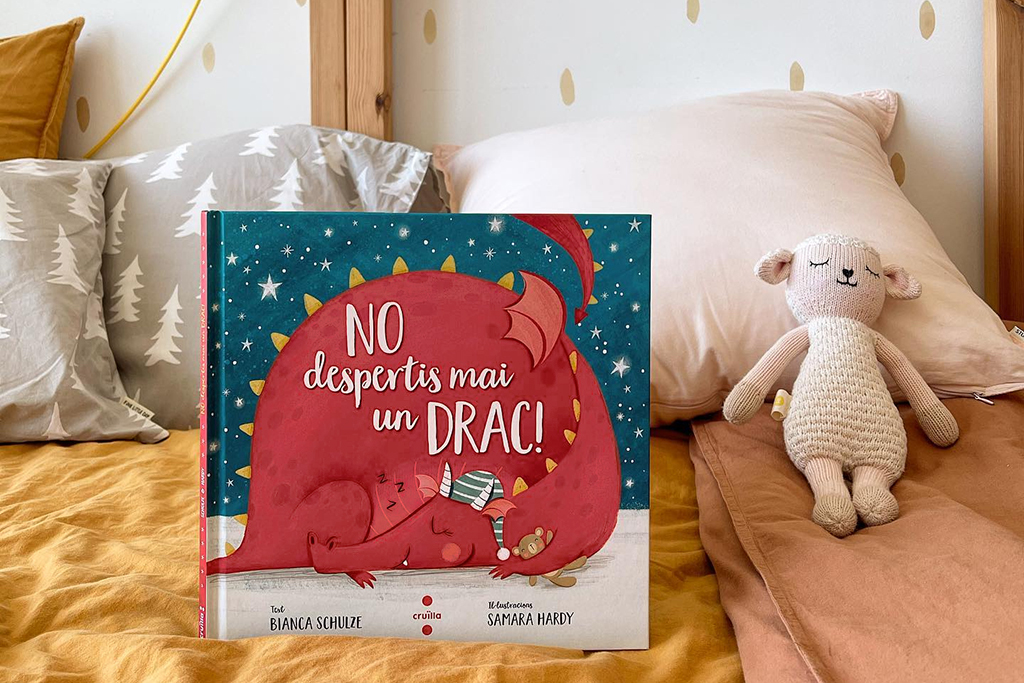 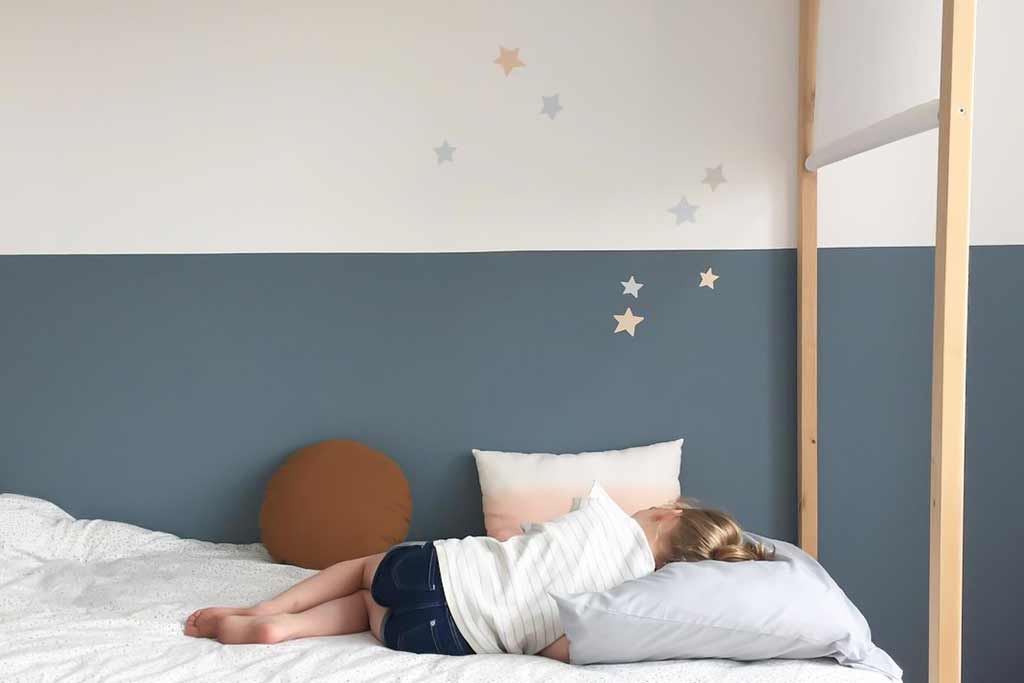 Do you want to receive our newsletter?

Subscribe and you will receive a 20% welcome discount for your first purchase.

TRESXICS SCP has been a beneficiary of the European Regional Development Fund whose objective is to improve the use and quality of information and communication technologies and access to them and thanks to the implementation of the Electronic Commerce Solutions project. This action has taken place in the period of TICCámaras 2022. For this, it has had the support of TICCámaras de la Cámara de Barcelona program